7th century the first appearance of the Villemaurine name. During this century, the Moors set up an entrenched camp at a site initially called Ville Maure, which eventually became known as Villemaurine.

8th century  a monk by the name of Emilion came and settled in the area.

Beginning of the 17th century  Villemaurine passed into the hands of Antoine Limouzin, an important local figure and the first Clerk of the port of Libourne.

In the lead-up to the French Revolution  the estate belonged to Jean Combret de Faurie, who was also the owner of Château Soutard. During the second half of the 18th century, he had substantial work carried out on the estate to establish a vineyard, “so as to give some value to a soil which couldn’t be farmed for other crops”. 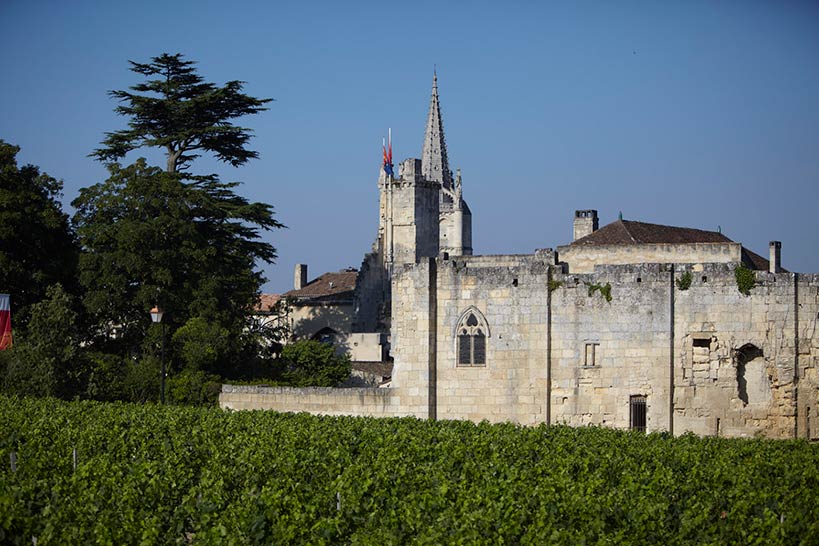 1804  Jean Combret died. His nephew, Jacques Combret de Milon, was the heir to his estate.

1836  Jean Laveau passed away. He died without any direct heir. The inventory of his estate listed a large number of plots of land, which were distributed among his close relatives. Among these plots was Villemaurine, which was mentioned as having been entrusted to sharecroppers.

1872  Villemaurine passed into the hands of Messrs Morange, Troquard and Pierre Jean.

1893  The parcels were made into one vineyard by Raoul Passemard. In 1895, his wine was greatly appreciated at the Bordeaux International Exhibition. At the time, Château Villemaurine was often referred to as one of the best Saint-Emilion “First Growths” and won awards at different international exhibitions.

1949  Villemaurine belonged at this time to Madame Raoul Passemard and Doctor Jean Vauthier.

1970  The Giraud family bought the growth. The vineyard was then farmed by the wine négociants, Vignobles Robert Giraud.

1984  The Giraud family sold the estate to the Union Française de Gestion which granted it a lease of 25 years to farm the vines.